Value of Stirling engine is $180 mln 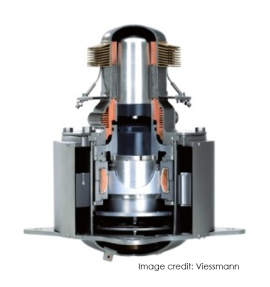 There is no single number which characterizes the value of a technology. Each estimation varies depending on the vested interests. However, there are generally agreed methods. These methods have been used in this article to estimate the value of 1 kW free-piston Stirling engine technology. The estimation employed three different methods, and the arithmetic average was used to calculate the final number – $180 mln. To read more about technology evaluation methods, see e.g. this paper.

Development of the 1 kW electricity free-piston Stirling engine from the scratch performed by the Sunpower, Inc. in 1978. The cost of the development was estimated by the Martin Marietta in 1964 and adjusted using the inflation rate. More details can be found here.

Microgen Engine Corporation manufactures and ships 1kW free-piston Stirling engines for different applications. The number of units shipped a year is estimated based on the company’s factory capacity in 30 000 units a year, which was constructed in 2009. A conservative number of 10 000 units a year was used. To learn more, check the report of EPRI. Engine mass production unit cost – $2000. The final value is $100 000 000 = 5 years x 10 000 units x $2000.

This analysis does not claim to be a perfect technology value estimation, rather than it evaluates the order of how one can percieve the value of a free-piston Stirling engine, based on actual cost and sales numbers.

One of the key disadvantages of the 1 kW free-piston engine is a limited scalability. The engine cannot leverage on the economy of scale advantage, thus having limited market applications and the reduced technology value.

At Thermal Motors, we work to introduce a next generation closed cycle prime mover, which incorporates all key advantages of a free-piston Stirling engine, yet allowing for the simple scaling of the unit power to satisfy business needs of different customers. By leveraging on the economy of scale, our technology opens new market opportunities for sustainable energy and increases its value.

Other interesting facts about doing a Stirling engine business

The cost to develop a Stirling engine manufacturing business from the scratch – $200 mln. To learn more read this article.

The cost of engine adaptation for the m-CHP application by Sunpower, Inc., who originally built the engine for the space power unit – $3.5 mln. To learn more, read this article.

The market value of 1kW free-piston Stirling engine in 2020 in UK according to the Microgen Engine Corporation is about 19 000 units sold or about $40 mln.